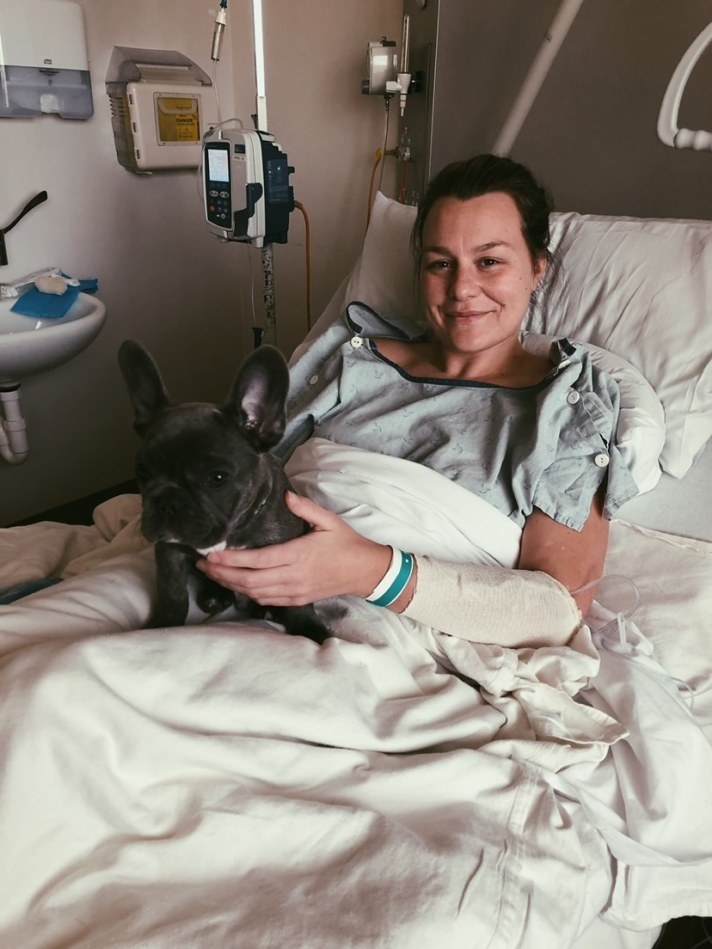 Just under two years ago, Hank found his forever home. This was life-changing for him, but also for his human.

Having always grown up around dogs, Hank’s human decided in 2020 she wanted to adopt a dog of her own. She soon heard of a new litter of French Bulldog puppies. She went to meet them and instantly fell in love with one in particular – Hank. Without a doubt in her mind, she adopted him.

A week after adopting Hank, his human had to have a surgery. She has struggled with endometriosis and it was creating many challenges in her day-to-day life.

Unfortunately, a week later, Hank’s human experienced some side effects as a result of the procedure. She collapsed at work and had to go back to the hospital. There, they found she had a rupture and had lost 4 litres of blood. She had to spend weeks in the hospital recovering and having multiple surgeries while Hank stayed with her mother.

After being discharged, Hank and his human moved to New Plymouth. As a result of all she had been through, Hank’s human is unable to leave the house or do much due to having endometriosis. However, she is encouraged to go out each day with Hank for walks. This has been immensely helpful to her and has greatly helped her mental health. They love exploring new places and meeting new people.

Not long after moving, Hank’s human had to have a few more hospital visits. However, Hank was allowed in and his human’s partner brought him in whenever possible. Having him there brought her comfort and joy in seeing his sweet face.

Obviously, this has been a very anxiety-inducing situation for Hank’s human, and having him there is comforting. He brings her happiness and is always happy to give her cuddles. No matter what, he is a little ray of sunshine and is just so happy to support her through this anything.

Hank has helped his human’s mental health immensely, too. At times, managing her mental health is difficult. With Hank by her side, she knows she’s not alone. Hank has so much love to give and always shares it with his human. He can brighten anyone’s day and brings a bit of joy to anyone they meet. He is truly a special pup full of positivity.

The impact that Hank has had on his human has been huge. He has helped her through tough times and made the good times even better. They share such a beautiful bond.