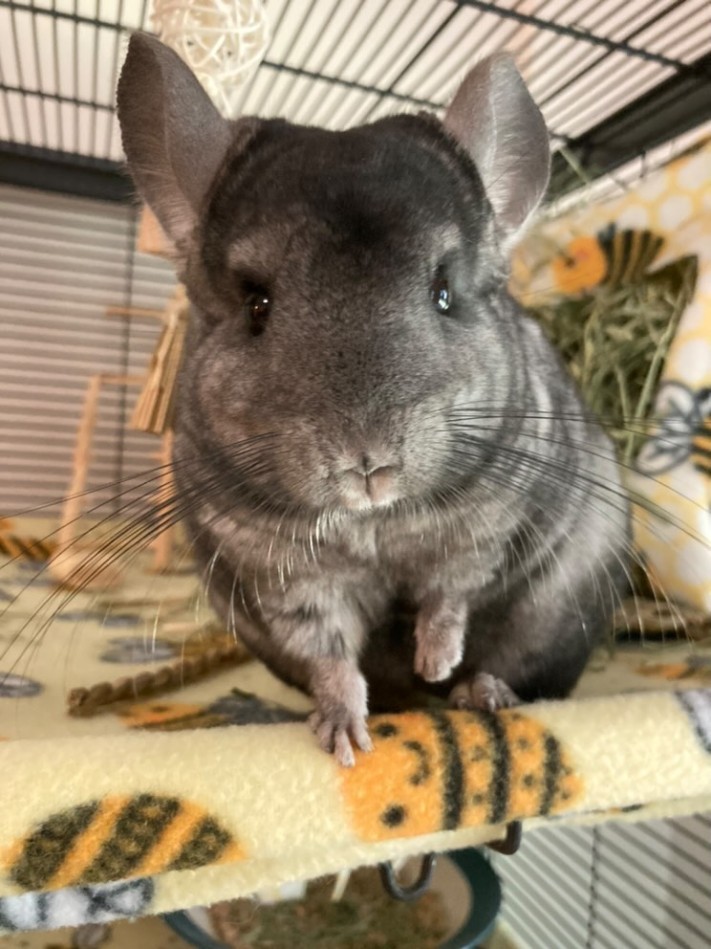 Just over two years ago, Honey found her forever home. Not too long after, she was joined by Butterfly. Since then, they, as well as their human, have formed a very special bond.

When Honey was adopted, their human didn’t know anything about how to care for chinchillas. They found her at a family-owned pet store and instantly fell in love. They loved her sweet little face and how soft and fluffy she was, so decided to adopt her. From this, they also decided to learn everything they possibly could about chinchillas.

In 2021, Honey’s human felt that she needed another friend to keep her company. They adopted a second chinchilla from a local animal rescue and named her Butterfly. Unfortunately, she and Honey didn’t get on at first. Yet, she already had her forever home and their human wasn’t going to change that.

Having both Honey and Butterfly has helped their human immensely. Through the Covid-19 pandemic, they both kept them company. They helped to create a routine and comforted their human through the stressful time. Not only this, but they just brought so much happiness and joy into their human’s home. No matter what, they can always help their human to feel happier and calmer.

Sometimes chinchillas find affection frightening and may not enjoy being held. However, after a lot of patience, Honey now loves a snuggle with her human! Butterfly is still learning that affection isn’t something to be afraid of.

Not only have Honey and Butterfly had an impact on their human, but also friends, family and community. They show them what chinchillas are like as pets and how to properly care for them. As well as this, they just share so much positivity!

The bond that Honey, Butterfly and their human have formed is very special. They have all helped to bring more happiness and love into each other’s lives.