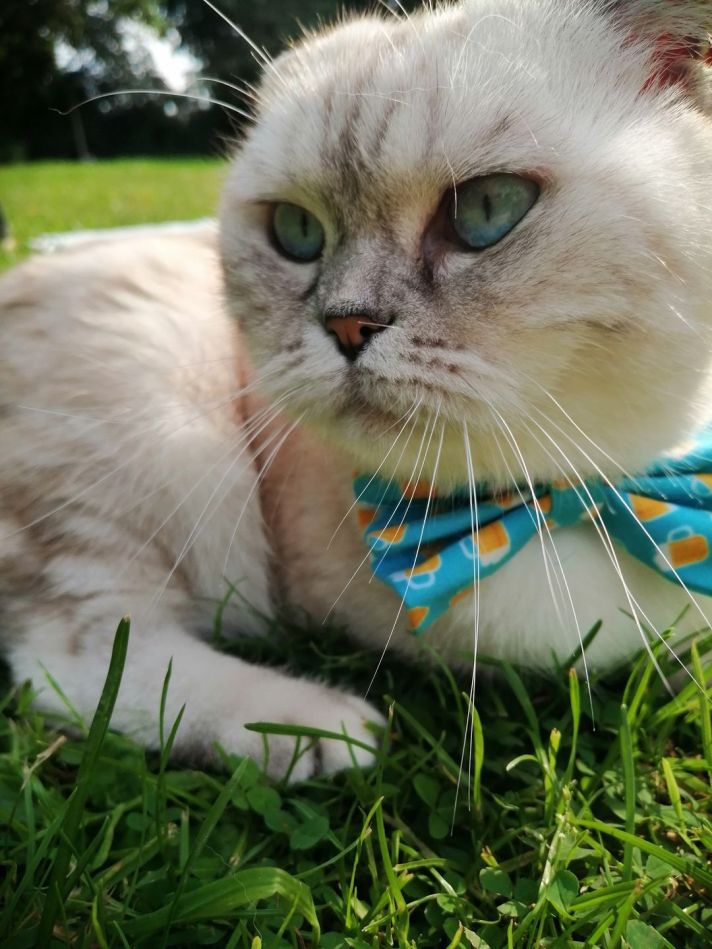 Just under four years ago, Darline adopted Scottish Fold Blue Point kitten, Madeleine. Since then, they have formed a very loving bond and have been with each other through thick and thin.

In 2018, Darline was looking to adopt a furry friend. She decided to visit the Cattery Breughelhof in Antwerp, Belgium. While there, she met a tiny white kitten. Instantly, Darline knew it was meant to be and adopted her that day. Once they were home, Darline decided to name the kitten Madeleine, in honour of her late grandmother.

Having Madeleine has had a big impact on Darline. She has brought so much happiness and love into her life. On days that might be a bit difficult for her human, Madeleine is right there by her side to help her through it. No matter what, she always seems to be able to brighten the days of those around her with her fluffy self and mischievous antics.

One of Darline and Madeleine’s favourite things to do is go for walkies. Madeleine has her own fashionable leash and loves to go to the park and just be in the sunshine. Darline enjoys this as she gets to go on new adventures with her feline friend and simply spend time together in nature.

The impact that Darline and Madeleine have had on one another has been huge. Madeleine means the world to Darline and has brought so much joy since becoming a part of her life.