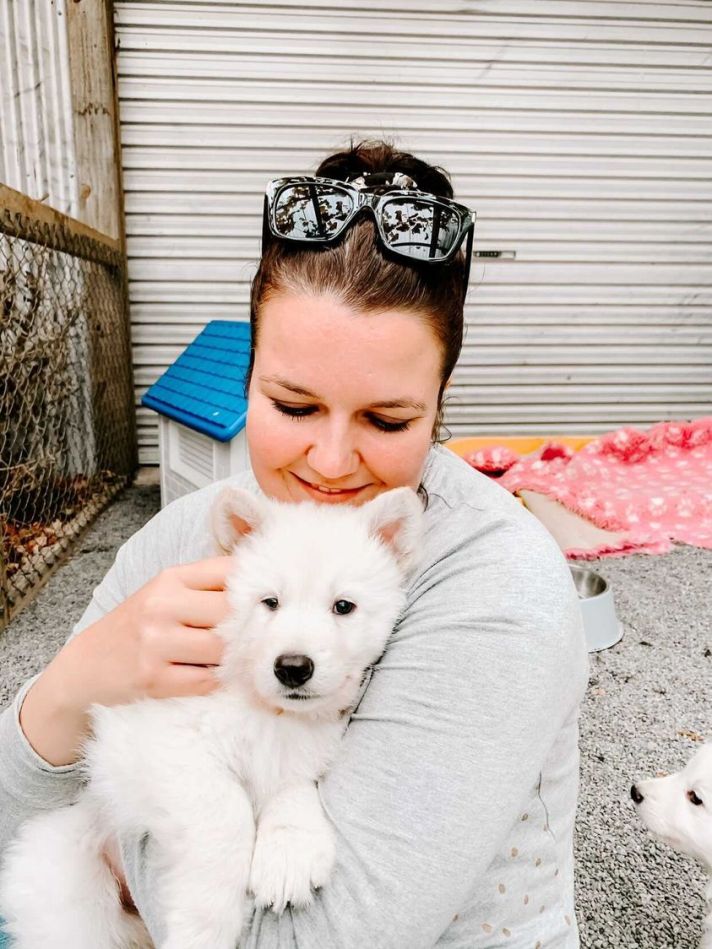 Just over a year ago, Ralph found his forever home with Livia and her husband, Darren. In the time since then, they have overcome some challenges and have improved each other’s lives hugely.

Having always dreamed of having a Swiss Shepherd after meeting a few, Livia and Darren decided that, in 2020, they wanted to welcome one into their home. After some searching, they found someone who had some Swiss Shepherds and went onto a waitlist for one of the pups.

A year later, Livia and Darren were told that there was a new litter and they were able to meet the puppies. Following several visits, it had been decided that an adorable and affectionate pup named Mr Orange had found his home, a was renamed Ralph. It was meant to be as Livia had purchased leashes, collars and other pup essentials that were all orange before Mr Orange was confirmed as the right puppy for them.

Not long after adopting Ralph did Livia start to spiral into a depression. She found it a challenge to bond with him, as well as thinking that he deserved better. Soon, Livia learnt of something known as the ‘puppy blues.’ This is when someone has negative feelings and experiences after bringing home a new dog or puppy.

Once Livia had a name for what she was going through, she decided to open up about her journey. As time went on, she and Ralph worked on their bond. He showed her that, while having a puppy around can be difficult at times, the positives far outweigh the negatives. Through working with Ralph, not against him, and slowly building up their relationship, Livia’s realised just how much Ralph has changed her life for the better.

Wanting to help other pet parents who might be going through similar things, Livia decided to start a page and Facebook group called the ‘Puppy Blues Project.’ Together, they show others that there is hope and they’re not alone. If things seem difficult after adopting a new furry friend, the negative feelings won’t last forever and it can get better.

With Ralph, Livia’s life has changed hugely. He has taught her compassion, patience and understanding, as well as appreciating the smaller things in life. To Livia, Ralph isn’t ‘just a dog,’ he’s her companion and part of the family. Each day, he brings her and her husband so much joy, simply by being himself.

Something they both enjoy is playing together. Whether a fun game of fetch or tug-of-war, this is time they get all to themselves. Not only this but simply being in each other’s company brings them both immense happiness. Livia loves sitting and just watching Ralph live his best life.

The love Livia and Ralph share for one another is truly special. They have been there for each other through many ups and downs but ultimately, they have gotten through it all together.