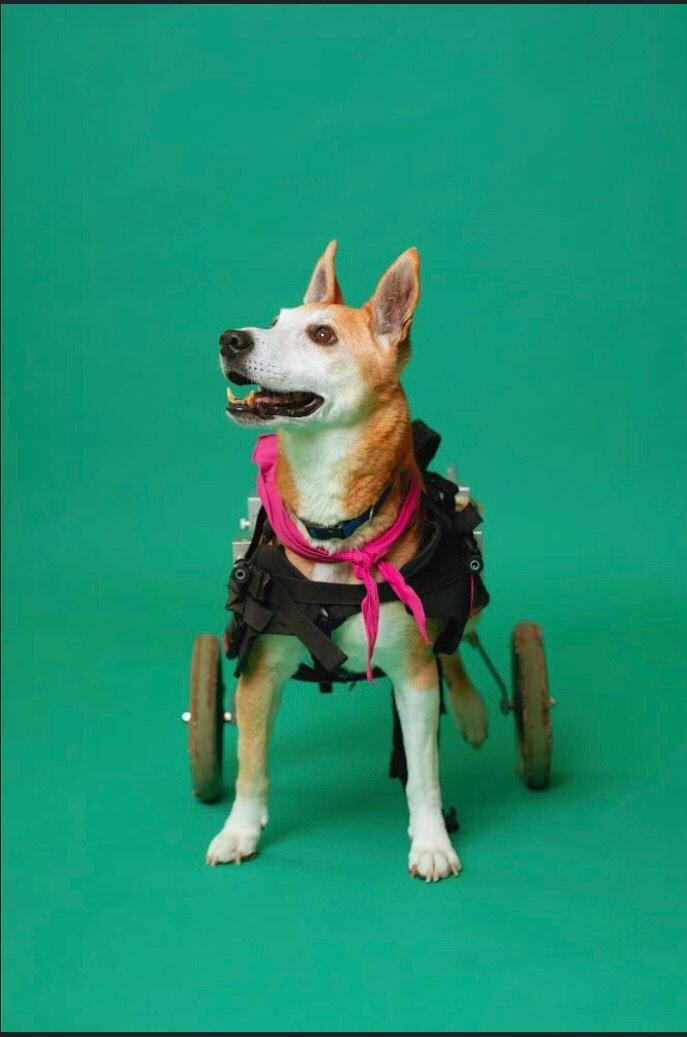 A few years ago, Reagan adopted paraplegic Australian Kelpie, Lola. Since then, they have had a huge impact on each other’s lives and have shared so much love and joy with one another.

In 2019, Reagan wanted to adopt a canine companion. He searched for dogs through the Austin Pets Alive website and noted down some names of dogs he wanted to meet. One of them being Lola. She suited his living situation, but he was unsure whether or not he could properly support her with her additional needs as a paraplegic dog.

After a long while of meeting the different dogs at Austin Pets Alive, the last one on his list was Lola. She came into the meeting room and immediately hopped onto the couch where Reagan sat and rested her head on his lap. From that moment, he knew that she was perfect. On the way home, many thoughts went through his head – how would he best support her? Would she enjoy her new home? But the main thought he had was that she’s the one.

Unfortunately, the day after he met Lola, Reagan suffered a severe leg fracture. This meant he had to wait a bit longer than anticipated to adopt Lola, but she was certainly worth the wait. With his injury, Reagan was in a lot of pain and was unable to walk on that leg. Throughout his recovery, Lola was right there. She curled up on his bad leg and would always make him feel a bit better just by being there.

Not long after, the Covid-19 pandemic struck, and Reagan’s office shut down, leading to a longer period of isolation. As lockdowns and restrictions lifted, he found it difficult to reintegrate into the world. However, it was made easier with Lola at his side. She helped by encouraging him to be more active through daily walks, meeting new people, and more.

During one of their walks, Reagan recalls a particularly special interaction. He met a mother and her son who used a wheelchair and was nonverbal. The son was very excited to meet Lola. They were staying at the local Ronald McDonald House and he was missing their dog. Lola walked right up to him and shared her positivity with him. This is something that solidified what Reagan has always known about Lola, that, by simply being herself, she heals people and spreads love wherever she goes.

While Lola may not have much interest to do regular dog activities, she loves going for walks and spending time with her human. Sometimes, at the end of the day, Reagan will sit with Lola in the backyard as she explores and rolls around in the grass.

Not only has Lola had an impact on Reagan, but also on the greater community. Despite being paralysed from the waist down, she exudes positivity and love. She’s an inspiration for Reagan as each morning, she wakes up with a big smile, and treats everyone she meets with kindness.